Last week, on a heartbreak induced whim, I decided to get a fringe. After years of a middle parting and a sudden need for change, my hair received a chop which has consequently led to a numerous amount of selfie’s, an understated sexiness and an eager obsession towards becoming my idol, Suki Waterhouse.

If you have been considering a fringe for a while and haven’t as of yet booked an appointment with your hairdresser, here is a list of 10 reasons why you should get the chop.

10 REASONS WHY HAVING A FRINGE IS AWESOME 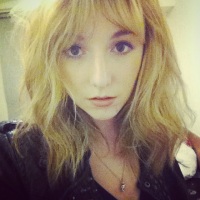 2.  YOU CAN HIDE YOUR SPOTS – whilst a fringe only covers a third of your face, that’s a third of spots hidden, right?

3. AMERICANS CALL THEM ‘BANGS’ – I can only assume a fringe makes you bang-able or simply, they are bangin’

4. THE ACTRESS FROM 50 SHADES OF GREY HAS ONE  – the full fringe sported from Dakota Johnson pulls an attempted school-girl innocence which can only suggest you’re hiding your fondness for masochism under there #sexy

5. YOU CAN DO THE ‘SWOOSH‘ – yes, the sexy swoosh which makes you look super cute when you’re trying to flirt

6.  ALL THE ‘IT’ GIRLS HAVE THEM – Alexa Chung/ Suki Waterhouse/ Daisy Lowe/ Zooey Des Chanel/ Behati Prinsloo. Who doesn’t want to be an ‘it’ girl?

7. THEY’RE NOSTALGIC – who doesn’t want to reminisce their childhood with something as cute as a fringe?

8. THEY’RE SEXY – think the ‘you can only see one of my eyes because i’m mysterious’ emo side fringe

9. ANNA FROM FROZEN HAS ONE – she’s a hard-ass Disney Princess bitch who does what she likes when she likes, and so can you (if you have a fringe)

10. ANYONE SUITS A FRINGE – whether it’s a side, full,short, long or dip-dyed fringe, a fringe is a fringe and you can find the right one for your face shape

There was an error retrieving images from Instagram. An attempt will be remade in a few minutes.