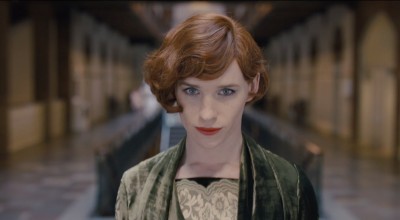 After Eddie Redmayne proved his capacity for reinvention in his performance as Stephen Hawking in the Theory of Everything his portrayal of Lili Elbe in The Danish Girl, directed by Tom Hooper sees a virtually unrecognizable transformation.
The 33-year-old British actor known for his distinct yet beautiful appearance, plays a man formally known as Einar Elbe, one of the first people to undergo sex reassignment surgery.
The film focuses on the relationship between painters Einar and his wife Gerda, played by Alicia Vikander, as Einar slowly transforms into the beautiful red-haired Lili.
After a light-hearted experiment in which Gerda dresses Einar as a woman for an artist’s ball, Einar’s feelings towards his transformation are apparent. Einar first discovers his hidden desires towards femininity when trying on a pair of stockings in which Redmayne’s reaction is beautifully portrayed via Hooper’s perfectly executed scene.
Gerda’s acceptance of Einar throughout the film is heart warming. Originally finding the cross-dressing a turn on, Gerda encourages Einar’s fears he had been repressing. However the film takes a dark turn when Gerda walks in on Einar dressed as Lili and kissing a man.
Lili’s relationship with Gerda starts to deteriorate as she searches for self-recognition, moving the audience to tears several times throughout the film. One memorable scene sees Redmayne appear full-frontal nude in the mirror battling with the body he was born with.
Despite the majority of the film focusing on Lili’s soul searching along with a great deal of delicate hand-twisting in order to flaunt Redmayne’s gender-converting acting skills, the film also explores the corrupt diagnosis and procedures within the medical community regarding identity issues. Although humorous (‘I will drill two holes in your head’), the reality hits hard when Lili escapes the hospital out of the window after being diagnosed schizophrenic.
Overall, The Danish Girl is a beautifully portrayed film about an individual clearly born in the wrong body. Despite criticism from the LGBT community who have said the film is not hard hitting enough, the somewhat simplicity of the film allows those to understand the struggles individuals go through. Necessary for the recent Caitlyn Jenner topic.
Additionally, the mis en scene coincides beautifully with the music written by French composer Alexander Desplat.